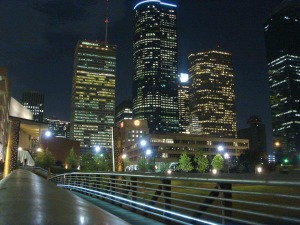 When I was ages 19 to 21 I spent two years living in the Houston, Texas area. It was a change from where I had just spent a year in college up in Idaho but the food definitely helped with the adjustment. I was doing missionary service there so I was offered more than my fair share of free meals. Most of these meals were homemade and straight from a Southern trained kitchen. One of the types of meals I best remember was the texas bar BQ brisket that some of our friends would make on a regular basis. Honestly, I had never even tasted brisket before that time and didn’t know that taste could even come from a cow. That was one of the first things that really peaked my interest in food. The fact I had been eating beef my entire life and was just experiencing for the first time a part of the cow I had never before eaten. That’s part of the beauty of traveling and trying different foods is the fact that there are so many different flavors and textures to try and you would normally think only exist in dreams. 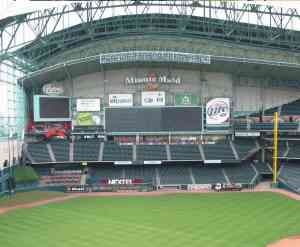 Argentinian food for the first time. I know that sounds surprising to most of you but it just so happened that a family close to me were originally from Argentina and also would invite me over on a regular basis to try their specialty cuisine. We spent hours enjoying Argentinian milonesa, empanadas, and other assortments of meats. Most food in South America is not spicy like that found in Mexico. When people think of Latin food they mistakenly think of spicy food served with tortilla. This is not the case for most Latin food. Each country has their particular recipes and very few countries have food as spicy as that found in Mexico. 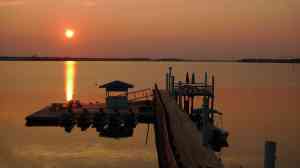 One thing to remember is there is always a little gamble when cooking brisket. It is an expensive meat and if done wrong you ruin the whole thing. Best to make the cooking of brisket a game of chance and then you’ll enjoy it much better. There is nothing like a nice brisket after a long day. 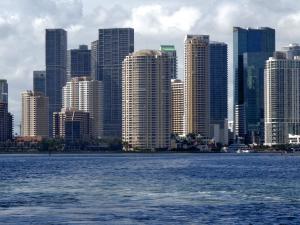 I lived in Miami, Florida for almost two years while I was working on my undergraduate degree. It was one of the first places I lived that was warm all year round. Along with the warm nights came warm Cuban food that changed the way I viewed the caribbean. One of my favorite meals was a bistec with a green salsa served with rice and beans. There are not many other dishes I’ve had since that compare with the pleasure of that simple meal. I also had the privilege of eating red snapper along with many other seafoods.

One of my favorite parts about the food in Miami was the diversity. There were literally a half a dozen cultural foods at any company or scholastic potluck dinner. Each culture brought something different to the table, literally. Half of my time I was actually living in little Haiti. Most of the people in my neighborhood were actually surprised to see a white guy from New England at the coin wash. Even though I seemed a little out of place while living in little Haiti it was still a great opportunity for me to see and experience a new culture. This included both their food and their language.

I was actually in nursing school at the time I was down there and participated in many health fares in the area. Some of the health fares we conducted basic physical assessments of the local population. We even taught CPR to some of the adults and children. Before we taught CPR to any of the locals we were required to have our ACLS recertification and PALS certification online courses completed. Those that had their ACLS and PALS certification online were at a different level of training and skill compared to the other nursing students. 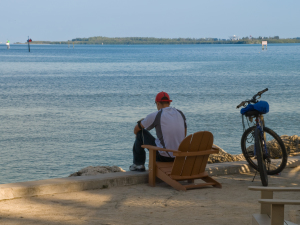 Those two years were a true adventure for me. In many ways I still miss Miami, Florida and have thought about moving back there many times. I still keep my eyes open at different career opportunities that exist there. Because it has such desirable weather and a lot of universities competition for jobs can be quite high. As a result sometimes the benefits don’t outweigh the sacrifices to live in South Florida.

Now I travel the world experiencing different food and cultures so South Florida, while beautiful, isn’t quite as appealing as when I lived in the bitter cold North East. It is better to be able to travel, experience new cultures, and try different foods from around the world. Without new experiences we can’t progress as individuals. Hopefully you’re not just reading about traveling and trying new things like what I share on my blog. I want to motivate my readers to take the initiative to experiment, travel, and try new things in their own life. 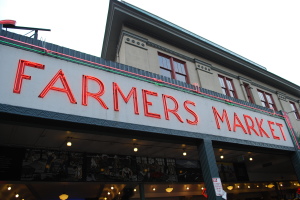 When you’re in one of the rainiest cities in the country its a great escape just being able to find a warm meal that you can share with good friends. I worked here in the Seattle for almost three years and just recently moved to someplace warmer and a little cheaper. That being said, Seattle is still one of my favorite cities I’ve ever lived. The summers here are some of the best on the planet and the people can bring about a warmth in the locals that is unmatched in almost any other place I’ve been.

When most people think of Seattle cuisine they think seafood but there are so many other options here that people take for granted. Most people don’t know that Seattle, as a city, has the largest population of Vietnamese in the nation. As a result pho restaurants seem to cover half the street corners. Those that like a warm hearty soup are never left wanting here in this city.

Pho is a soup that has a base of beef broth. It is most often eaten by the Vietnamese with beef strip steak. However, other options from chicken to seafood are made available. The soup includes a rice noodle that covers the bottom of the bowl along with basil leaves. If you haven’t tried pho I would definitely put it on your “to do” list. 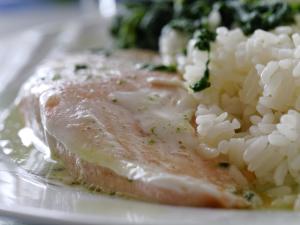 Now, as expected, we will be talking about the seafood available here in Seattle. While new england clam chowder may not exist here on the west coast, the clam chowder that is available here is no less savory. Rich cream and flavors of both the Puget Sound and the Pacific Ocean are made available along many small restaurants that line Pike’s Place Market. There are so many other options also available to people that live in this area. Washington state is one of the few places that still has natural salmon runs in their rivers so finding the freshest salmon dishes is not uncommon.

Because Seattle offers so many healthy and delicious seafood options many of the foods are heart healthy. Our ACLS recertification online specialists hold these foods in high regard. Eating foods high in fish oil have incredible benefits to overall health. The ACLS recertification online and PALS online certified specialists agree that having a diet high in fish and low in red meat is one of the best changes an individual can make in their diet. While seafood is a healthy option for your diet you should always be concerned about the mercury content in the fish options you choose. Tuna is a fish high in mercury and should not be eaten on a daily basis. Other seafoods are much lower in mercury levels such as salmon or shrimp. 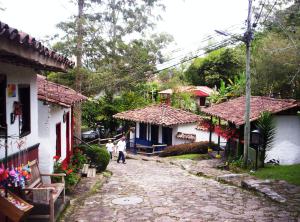 I’ve most recently started my world journey exploring the foods of Colombia and have spent the last two months in Medellin Colombia. This place is one that everyone needs to see to actually believe exists. Before I start talking about the food I want to mention a little about the city and what is available here on a grand scale.

I came to Colombia for the first time a year ago to visit some friends and spend the new year. Compared to the United States they celebrate the new years much differently here. We spent the entire day at a “finca” or vacation home of a friend’s family. Needless to say there was a variety of local foods prepared by both the family and their hired help. It also helped that the family owned several restaurants in the nearby town so I was able to get an experience of a lifetime.

I arrived by plane in the late afternoon in a city called Peirera. I was shortly after picked up by friends and we took a 40 minute ride into the heart of the coffee district. The weather was warm, a nice 80 F or so, and skies were clear. Once we arrived we united with the entire family from cousins, uncles, aunts, and grandparents. There was probably over 20 people staying at the house for the evening. We starting munching on food and hanging out at the pool for the first part of the evening until about 6pm when the family started drinking. One of the most traditional alcoholic beverages in Colombia is something called aguardiente. Aguardiente is a clear, strong drink that tastes similar to black licorice. It is drinking in small shots the size of a thimble. Unlike the USA culture where drinking usually starts late at night and ends between 1am or 2am, here people start drinking in the evening and they are up until 4am in the morning. You wouldn’t believe my astonishment when the grandma of over 80 years was partying up until 3:30 in the morning. Rather than a short stent of heavy drinking it is more of a culture of slow consumption of alcohol for a long sustained party.

The food there was something extremely traditional. They had arepa which is a flatbread made of ground corn. It has a particularly bland flavor on its own but it is commonly combined with other foods. I personally liked to break up the arepa and stick it in a traditional soup called sancocho. 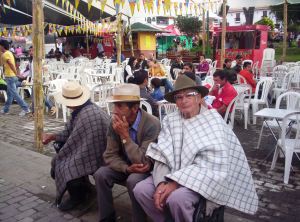 Overall I found the food quite good here in Colombia. As time continues I’ll share more of my eating and travel experiences here in this country. After experiencing the foods here I shared with our ACLS and PALS certified healthcare providers and they approved of the diet I was consuming. The healthcare providers that have their ACLS and PALS certification said that the majority of what I was eating was particularly good at keeping down my weight which is of particular importance when it comes preventing a heart attack. Thanks for reading the post and keep coming back for more.